The stories you believe to be your ‘best’ stories are rarely the ones that get the best response. More often, it is stories about ‘routine’ events often seem to perform better. The ones you almost didn’t send.

Usually these are your ‘untold’ stories. Untold because you think nobody will be interested in them.

In selecting stories I usually ask the following questions:

Let me share two examples I’m currently mulling over. My wife Linzi was away last weekend visiting a friend, leaving me and the kids home alone for thirty-six hours of Daddy Day Care!

On Sunday I took the kids into Sheffield City centre – in itself a minor ordeal. (Just getting everyone dressed and out the house is a challenge!) There’s currently a Lego dinosaur exhibition on in Sheffield with dinosaurs scattered around the city centre. 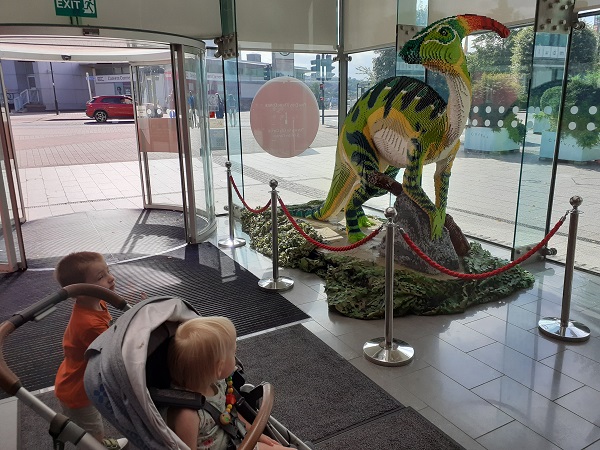 In planning the story there are a number of potential timeline elements:

The story has some amusing facets, but currently the overarching ‘interesting fact’ is unclear to me. Really it was just a nice afternoon with the kids hunting Lego dinosaurs.

The second story idea is from Saturday afternoon. I took the kids to our local park to let off some steam. At the park we saw Bella and Maisy, two kids from nursery who were also there with their Dad.

Ten minutes later the kids are off playing together, and I’m chatting to their Dad – who turns out to be called Ash – about Sheffield Wednesday (football), Tranmere Rovers (football) and the absolute terror of having female toddlers. 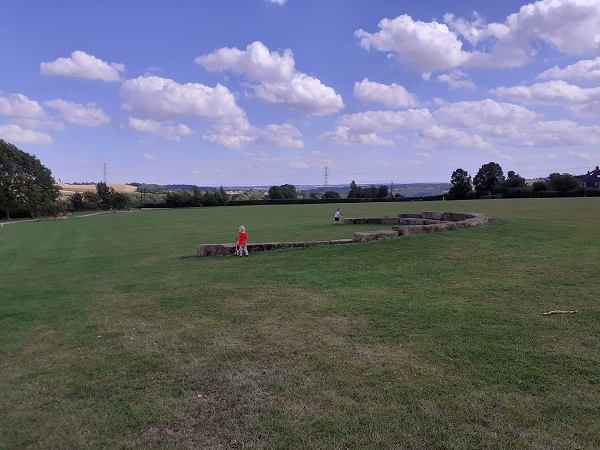 (This is Hugo and Rumer. Obviously I can’t show you a photo including Bella and Maisy, but they were there! I also like the clouds in this photo, which is a descriptive feature I could use in the story.)

The fact I recognised Ash but had never before spoken to him is the interesting fact. I don’t have Linzi’s ability to automatically make friends with other parents. It takes me a bit of time. This makes the second story more inherently powerful. It’s as routine as it gets, but there’s a degree of internal change on display. I grew up as a parent a bit.

I’ll write out one of these stories over the next week so you can see the finished version. But sometimes you need to spend some time chewing over the one idea or interesting fact before you start writing.

Doing so will help you select better stories.

Rob is the founder of Story Copywriters, copywriting coach, and author of Simple Story Selling. Grab a paperback or Kindle copy at https://geni.us/PrAb